Friday afternoon, Daytona Bike Week. Chris Jones and I are watching a steady stream of admirers checking out the only Multistrada 1200S in North America which is making it's dealer debut at Daytona Bike Week. It's on national tour of IMS shows and has arrived in Daytona straight from the National Dealer Show where most of the Ducati dealers in North America have just gotten a first look. I mention it seems a shame that it's so close to South Florida and it's schedule doesn's allow it to come south and Chris says's "what about DOCSF's Tuesday Pizza night? Can you get something set up for that by Tuesday? I can have the bike there for three hours but then it HAS to head north". Sounded like a great plan to me, so Chris called the dealers and I called the resturant and rallied the troops. Skip forward to Tuesday........
Photos and text by Vicki Smith
Read More 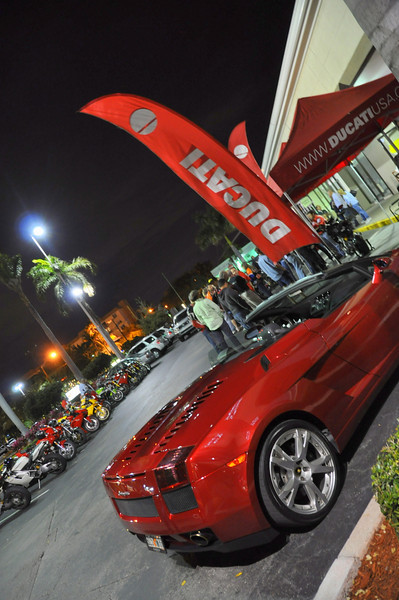